If nothing else, they helped us develop a birthing plan and forged the instructions I so desperately needed when labor was underway.

JV: It was stressful, but I deal with stress by joking about it. The book was just a way for me to process what was happening. At the time, I would hang out with friends—some of who were pregnant and many who were not—and recite a lot of what I was writing conversationally and they would just crack up. At times I found it frustrating, which I discuss in my book, but eventually I embraced it. JV: Probably that pregnancy could just as easily have been an opportunity for me to relax and settle into my new role. Nearly everything I obsessed about during pregnancy had little to no impact on anything after the birth of my daughter.

Life resets after the birth of your first child. JV: Skip the birthing class during pregnancy and find some car seat classes. If nothing else, at least practice on a doll. Strapping our new baby into our car seat for the first time was far more complicated and terrifying than the entire nine months of pregnancy.

Halfway through loading her into the car, I abandoned the whole exercise and took her back into the hospital because one of the straps had grazed her neck. The ambiguity of tightening the straps was the worst of it. How tight is too tight? Save money when you sign up for our special offers and the chance to win great prizes! Get the magazine. Pushing through. The tear scare. Bill of health. In case of emergency. Bathing baby.


Any woman who has sex is implicitly embracing this risk: Even if I try my best to prevent it, there is a small, small, chance that this act will mean making a choice about whether or not to terminate a pregnancy. As someone who hopes to be an artist one day, I think sharing our stories is important—a radical act when we are told that we and our stories should be kept quiet and hidden even by pro-choicers.

We are taught by their absence that painful, complex or ambiguous experiences are to be kept from public conversation. It's vital we change that. As always: hello theatlantic. December 30, It started before I even got out of the cab. The protesters were screaming, flashing their gruesome signs, even in liberal Brookline, Mass. In that moment, she seemed like a giant to me, like something out of a nightmare. I later learned she was well-known to both Planned Parenthood and the authorities.

I read somewhere that she was such a threat that she was cited specifically during the court proceedings that established the buffer zones around Massachusetts clinics. The buffer zones we no longer have , thanks to a fanatical local grandmother and our current Supreme Court. I got inside, past the security guard in the vestibule, and through to the reception window in the waiting room.

What I do remember very clearly is that she made me feel comforted. I remember thinking, this woman is perfect for this job. It was a weird thing to think, but I did. Something about her demeanor, like she was sorry for what you were going through, but rooting for you, like a sympathetic sister. No judgment, no pity, just kindness. The waiting room was small and crowded, and my seat faced the door. 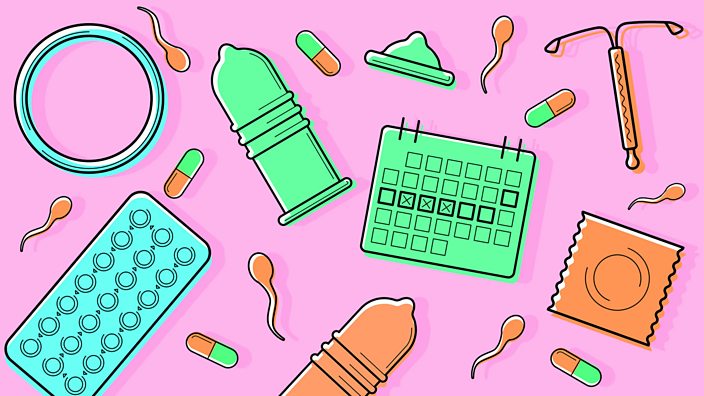 I went alone that day, but other patients had brought boyfriends, husbands, friends. One woman in the waiting room was upset; she seemed to be struggling with her decision.

Contrary to anti-choice propaganda, Planned Parenthood does not push their services on anyone. They called me to the back after a short wait. I had to have an ultrasound, because I was a participant in the clinical trials for RU The doctor inserted the probe, and I debated whether I should look at the screen. It was muffled, but I heard thumps, banging. The lovely receptionist, Shannon Lowney, was dead.

John Salvi , domestic terrorist, murdered her, then drove up Beacon Street a couple of miles and murdered Lee Ann Nichols, a receptionist at another clinic. It was terrifying, and sad, and every other awful thing you can imagine. The time passed in a blur, and all I really remember is that the staff, all of them, were incredible. They carried on, wiping tears, and did their jobs.

I can still see the nurse, wiping her eyes as she handed me the cup with the pills. We had to stay for hours as the police did their work, and as the day wore on, it sunk in that these workers, who were so professional in such horrible circumstances, had been prepared for this—expecting it even, on some level. And they did their jobs anyway. I still think about that a lot, 20 years later.

I have twin daughters now, and they are the children I was meant to have. But I think about Shannon Lowney a lot. What I still wrestle with today is not the fact that I had an abortion. I could never be friends, real friends, with an anti-choice person. The issue is too fraught for me. I wonder what it would be like, to feel like I could talk about it freely, to help normalize it, put a face to it. And then I get angry all over again, because I think, why should I have to tell?

Does my husband have to tell his boss about his prostate exam? Is it fair that women's private healthcare decisions have become political theater, even on the micro level of day-to-day life? But the anti-choice crowd, from the voter to the gunman, will never allow it to be so. The only thing resembling hardship was the unbelievable pain I was in for several weeks, like the kind of pain where you have to excuse yourself from conversation to go curl up into a ball and writhe, which I did more times than I can count. Never had.

And to paraphrase Katha Pollitt, puberty to menopause is a long damn time to make sure no stray sperm ever gets in your uterus. I called Planned Parenthood, made an appointment, walked in four days later, and walked out no longer pregnant. Which they did. That night was the first night in weeks I slept straight through without waking up every hour or two in excruciating pain. The next morning, I wanted to dance a jig I was so happy. Intentionally or not, your request seems to be limited to the perspective of only half of the people affected by abortion.

I was born and adopted in February My birth mother was an unmarried year-old Catholic girl in Syracuse, NY. I have had a great life, and I am grateful to my adopted parents and my birth mother for it. I am fairly confident that if abortion were legal and accepted at the time of my birth, I would have been killed before birth. I am never going to identify with either the mother or the father of an unwanted child; I will always identify with that child.

Legalized abortion is normalizing the murder of an innocent human life. I had two children out of wedlock. Background is important.