To the Manor Dead (A Janets Planet Mystery)


Treat K-9 as a talking version of the sonic screwdriver instead of a true companion and the Doctor traveled with a single human or humanoid female continuously from Season 9 until Adric shows up. So the "single female" status quo isn't as unusual as you suggest from that point of view. Certainly Leela and Romana were both females, but neither were culturally from Earth. Leela was anatomically human, but for all practical purposes alien. In the single trashiest and laziest retcon in the series history we get the pink-haze "she's a warrior queen of King Ycranos.

From Wikipedia, the free encyclopedia

In his defense, I just rewatched that bit and the Doctor was already inside the Matrix when the retcon was revealed by the Master. I don't think there was any point onscreen where the Doctor was told the truth, so as far as he knows, she did die as a result of the Time Lords' actions who themselves were deposed in the last episode. So there wasn't really anything for him to do. There's a second bit in Episode 14 in which The Inquisitor tells the Doctor. That's where the horrid pink-haze slow motion shot of Peri and Ycranos comes in.

The Doctor sighs, says "Vroomnik" in a touched fashion, and never speaks of her again. Oh, good! The bleeped bits of dialogue only make it more obvious something's not right. It was suggested, and I had to agree, that the first 2 stories should have stood on their own, and the "TRIAL" only started after the end of the 2nd story. Had the entire "TRIAL" been done as the 3rd story, this would then have left room for a 4th story to properly introduce the new companion. Then again, as someone asked, WHY would they show such obviosly faked evidence within The Doctor's evidence, when doing so would make no sense apart from allowing a cheap laugh?

He wouldn't have used such evidence if it was true, which therefore popints up that, yes, someone HAS been tampering with The Matrix. See, for me that's the basic justification of it. Yes, of course the Doctor isn't going to die.

From Wikipedia, the free encyclopedia

The entire question of "how will he escape death" is little more than technobabble. He'll escape death by doing something clever, same as he always does. The season was, I think, specifically about the non-interestingness of the question of how the Doctor was going to escape. But I have to wonder: if the story's about the fact that "How-will-the-Doctor-escape" isn't an interesting question anymore, then what's left?

I mean, there are some obvious things--mercurial anarchy--but this has been a part of the show since the beginning, hasn't it? My argument would be you actually don't: My feeling has always been cliffhangers, especially later on in the show, tend to feel like little more than cheap moments of peril shoehorned in because a cliffhanger is traditional.

It's never made a ton of narrative sense to me. Granted there are certainly ways to use cliffhangers to ratchet up drama, usually by introducing an unforeseen plot twist of some kind, but writers so rarely seem to use them that way. I think a far more interesting question to ask is why the single, nubile young female from contemporary Earth companion archetype got to the point where it was ever considered the default to begin with.

Their merits as characters aside, why did the creators of characters like Peri and the New Series companions feel obligated to write them that way? What was so iconic and special about the "concept" of Jo and Sarah Jane their tenures corresponding to exceedingly popular eras of the show and brilliant performances by their actors aside that their character archetype became seen as the "norm" over all the others?

I think you must be thinking of Wifeinspace where she wants to go through the new series and he doesn't. Which seems appropriate ,,,,. My only complaint about the resolution was that it undermines "The Waters of Mars" if the Doctor could have just rescued everyone, deposited them years in the future with fake IDs, and said "never tell anyone who you are or the universe will implode. Well, it's not as though there weren't other interesting things happening during series 6. Wasn't this possibility already established in "Fires of Pompeii"?

He could save "little people" like Caecilius and his family and like Yuri and Mia from "Waters of Mars. I suppose I never think about Jo and Sarah Jane as being "contemporary Earth girls" because when I actually watched those episodes, they were ten years or so out of date. Eleven could come in next season and start traveling with Jo's cousin Gertie and she would be an anachronism from the Groovy Seventies.

I suppose the preference for contemporary characters is that they can drop topical references into the dialogue more easily. And honestly, if Arthur Darvill hadn't been the revelation he was, I imagine the Doctor and Amy would by flying around unchaperoned as we speak. WGPJosh: I think it's simply and most likely a matter of dynamics and -- and, I know Phil doesn't exactly get on with this term, but it's commonly used by those involved, so -- audience identification. Essentially, there's a fairly simple, easy-to-invoke set of binary relationships that lend themselves nicely to the 'young nubile female companion' template -- ancient extraterrestrial time-travelling male, young human contemporary female, and so on.

Plus, the whole 'exceedingly popular eras of the show and brilliant performances by their actors' thing probably isn't something they sniff at either. That said - there is a lot to be said for having two companions; you can kidnap or incapacitate one of the regulars while the other two still banter. One of the things Phil's been pointing out is that one of the big obstacles to constructing a coherent Whoniverse is that Robert Holmes seems to have taken a positive pleasure in ignoring continuity when it got in the way of a good story. Perhaps no-one saw it coming, because deep down they knew it would make no sense, and it still doesn't.

It's quibbling fannitude, I know, but it makes sense to me that the Doctor would pilot the Tesselecta robot better than the dudes themselves. His interest was delivering a convincing fake to maintain all the movements that his friends saw and were in people's historical records, when all the Tesselecta were interested in on their own were getting close enough to torture whatever dictator was their target of the week.

I've come to think of this fixed-still-flexible points in spacetime as set by the participants' knowledge of them. Adelaide Brooke's death was a fixed point because she had become such a Neil Armstrong figure, a singular inspiration in the spread of humanity through the galaxy, which is pretty important to a lot of the Doctor's own past, and the lives of most of his companions and friends and enemies.

Pompeii ended up being fixed because the Doctor turned out to be responsible for the eruption. Whereas the Doctor's death at Silencio turned out to be only still because the event was witnessed and the result presumed, but there was enough wiggle room in the actual event to preserve people's memories and records of what was seen, while what they believed happened really didn't. In this case, memory got cheated.

I'm intrigued to see Phil's reading of this arc next year, though. I was actually very interested in it at the time. Not because I actually thought he would die — again, it's silly to think the show would actually kill its protagonist when it's not going to be cancelled forever and the idea that when Doctor Who is cancelled again it'll be forever no longer makes sense. I was interested in how he was going to weasel out of it.

But I was most interested in what I thought was the most profound narrative collapse in my whole memory of the show. The Doctor himself spends an entire season coming to question the reason for his existence, whether the good he does in the world ever outweighs the harm. He's thought that way about some situations before, but never about his whole life. 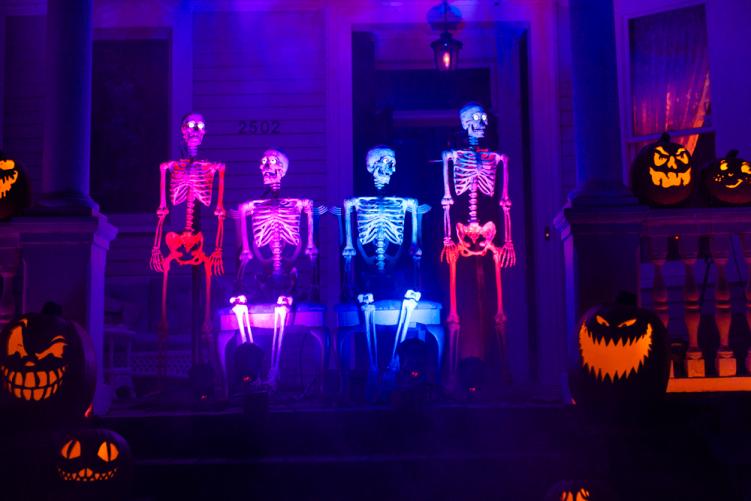 That's what The God Complex is about: He isn't a hero, and he expects life with him to be worse than life without him. Considering what Phil says in the requiem, series six questioned the moral validity of Holmes' vision: If the collateral damage of the fight that flows from your morality is too great to justify fighting anymore, then it's no longer worth existing. I think the non-interesting nature of "how will the Doctor escape" is also dependent on the situation.

Because it's so abstracted. How will he escape? All the actual action is around it - both in "why is the Doctor going to die" since we know he's complicit with it and "how is everyone going to handle this? Likewise, you don't really think we're going to get the answer to the question "Doctor Who? Of course not. We're going to get an exploration of the concepts anchored by that question.

With the real question dating back to Forest of the Dead: what is the one circumstance in which the Doctor could tell someone his name? I'd be hideously disappointed if they do answer that question. When I first heard Dorium shouting it at the end of the last season, I couldn't stop laughing. It's a brilliant arc going into the 50th anniversary too. The actual story arc of the season, the meta-text of the relation between the show and the viewers, the para-text of how the viewers, actors, and production staff interact, and the whole history of the program can come together in some fascinating, wonderful, horrifying, and slightly arousing climax.